Speaking Spanish while doing the tango? 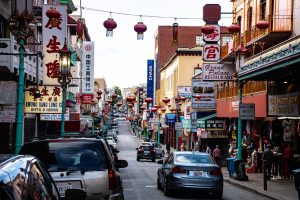 Skiing and speaking German? Perhaps Japanese while reading manga? Learning a language in its native country, along with a fun extracurricular activity, can make the holiday courses more effective when you learn a skill or about a culture.

Four hours of lessons per day, plus the advantage of one-on-one tutorials, is the deal when you sign up for intensive Mandarin courses at the Hutong School in Beijing, Hangzhou and Shanghai. There is also a two-week course available including four activities per week, such as skiing, cooking, tai chi and visits to the hot springs. Excursions are also conducted over the weekend to help the student explore more of China.

CESA, a renowned language learning institution across the globe, has effective courses to learn French at Aix-en-Provence. The student can complete two weeks of French lessons combining it with twenty group horse-riding lessons per week, cooking, painting, hiking or oenology (the study of wine). The accommodation options include living with a host family, and the school will arrange activities such as petanque contests or town tours.

This course is as far from the traditional language classroom course as one could possible get – to learn how to speak Spanish while learning how to DJ in Ibiza. Language lessons can be personalised for all language abilities, and there are two DJ courses – one for beginners and one for advanced learners. The one or two-week courses can be completed by people wanting to learn Ableton Live + Traktor for electronic music production, and the teachers are official Pacha DJs. During the summer months, the school coordinates weekend events into the neighbouring island of Mallorca. This can be a great stag do activity which can be incorporated into one of The Spain Event packages.

Greek courses are conducted via the company Omilo in Nafplion and Athens located on the islands of Lefkada and Syros. Lefkada is potentially the most appealing of the courses as classes are conducted approximately two hundred metres from the coastline in the village of Agios Nikitas on the island’s west side. The course presents twenty-four hours of lessons lasting six days with no classes held on Wednesday. Four activities are available, including a guided hike, Greek dancing lessons and traditional music; as well as a welcome meal on the student’s first day at the local village taverna. Oddly enough, all students need to be over twenty-six to apply.

GoLearnTo.com is a company with language courses across the globe ranging from South America to Scandinavia. One of the more unusual options is Arabic with their Moroccan cooking lessons in the northern Morocco city of Tetouan. The week-long course includes four Arabic lessons per day lasting fifty-five minutes in length. Two ninety-minute cooking lessons are also included where the student learns to make pastilla, couscous, tagine and harira. The Hispano-Moorish town, Tetouan, is a world heritage-listed medina found at the base of the Rif Mountains not far from the coast.

Have you ever been tempted to learn Japanese by combining the language with pop culture? Located in 120 destinations, Cactus Language presents students with this heady mixture. Fukuoka, the largest city in the southern Japanese island of Kyushu, offers students a course where you can learn Japanese with a combination of pop culture. Lessons are held Monday to Friday from 9:30am to 2:30pm and cover the Japanese language, as well as manga, music, television, movies and books. On the other hand, students could opt for traditional culture options such as tea ceremonies, ceramics, studying kimonos, Japanese food, calligraphy and other Japanese customs.

DIT is the language school located in the ski resort Kitzbuhel found in the Tyrolean Alps, the home of the world championship downhill ski race. This language school offers a one-week intensive German course with morning-only classes; thereby, leaving the afternoon free for skiing activities. The skiing season runs between November and April, and during the summer your activities can include tennis or hiking.